What is the superheat and supercooling degree of the ice machine

What is the superheat and supercooling degree of the ice machine

1. The changing process and principle of the refrigeration system cycle such as ice machine 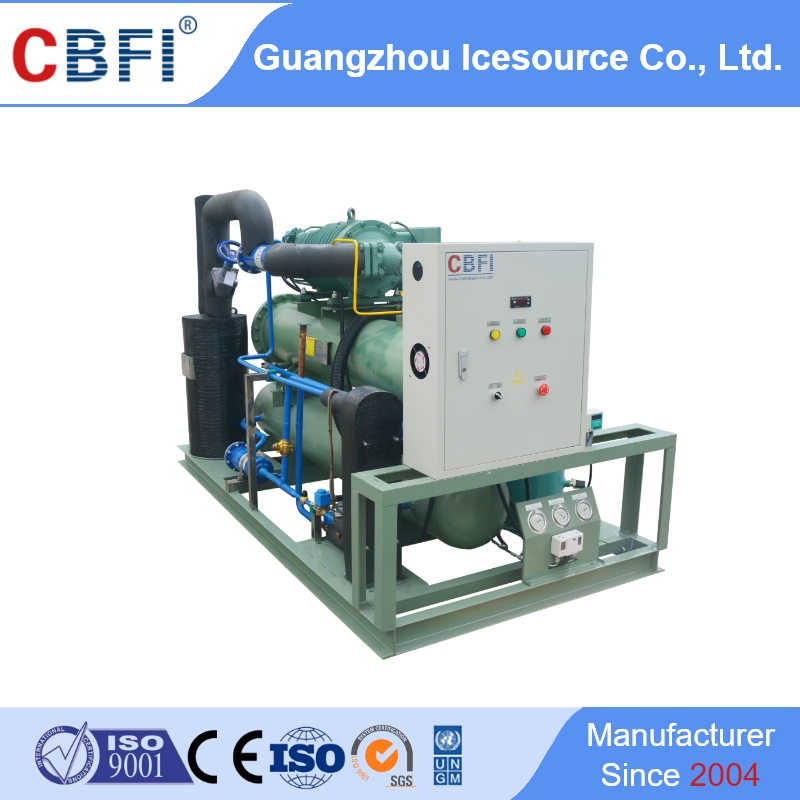 Subcooling is to reduce the flash gas generated during the throttling of the refrigerant liquid before throttling, reduce the specific volume occupied by the flash gas, and increase the unit refrigeration capacity; at the same time, it also increases the superheat of the return gas. There are certain benefits to protecting the compressor from wet stroke operation.

In larger ice machine refrigeration systems, in order to reduce the temperature of the refrigerant liquid entering the throttle valve, reduce the flash gas generated during or after throttling, and appropriately improve the refrigeration efficiency, the process design is in the storage After the liquid container (the system that uses the throttle valve for throttling must have a liquid reservoir), a special device for supercooling-a supercooler is installed. Its structure type is casing type, spray type, etc. The principle is to use cooling water whose temperature is lower than that of the saturated liquid after condensation to cool again (such as deep well water). Generally, the temperature can be lowered by 3 to 5 degrees than before cooling ( That is, the degree of subcooling is 3~5 degrees). There are also some small fluorine refrigeration systems, such as small cold storage. Although there is no special subcooler, the liquid supply pipe and the return air pipe are wrapped together for insulation, and the low temperature of the return air pipe is used to reduce the liquid temperature in the liquid supply pipe. A section of liquid supply pipe and expansion valve are directly installed in the warehouse to pass through, and achieve the purpose of subcooling after recooling, thereby improving the refrigeration efficiency. At the same time, the temperature of the return air pipe is heated to prevent the compressor from inhaling excessive moisture vapor and possible liquid hammer.