What Faults will be encountered during maintenance of Big Ice Machines?

What Faults will be encountered during maintenance of Big Ice Machines?

Large ice machines will encounter many problems related to temperature changes during maintenance. What are the problems and how to deal with them. Let us understand:

The evaporating temperature has a great influence on the refrigeration efficiency. When it decreases by 1 degree, it needs to increase the power by 4% to produce the same cooling capacity. Therefore, when conditions permit, appropriately increasing the evaporation temperature is beneficial to improving the cooling efficiency of the air conditioner.

2. Exhaust temperature is too high

(1) In order to ensure the safe operation of the compressor and prevent the occurrence of liquid hammer, the suction temperature is required to be higher than the evaporation temperature, that is, it should have a certain degree of superheat. 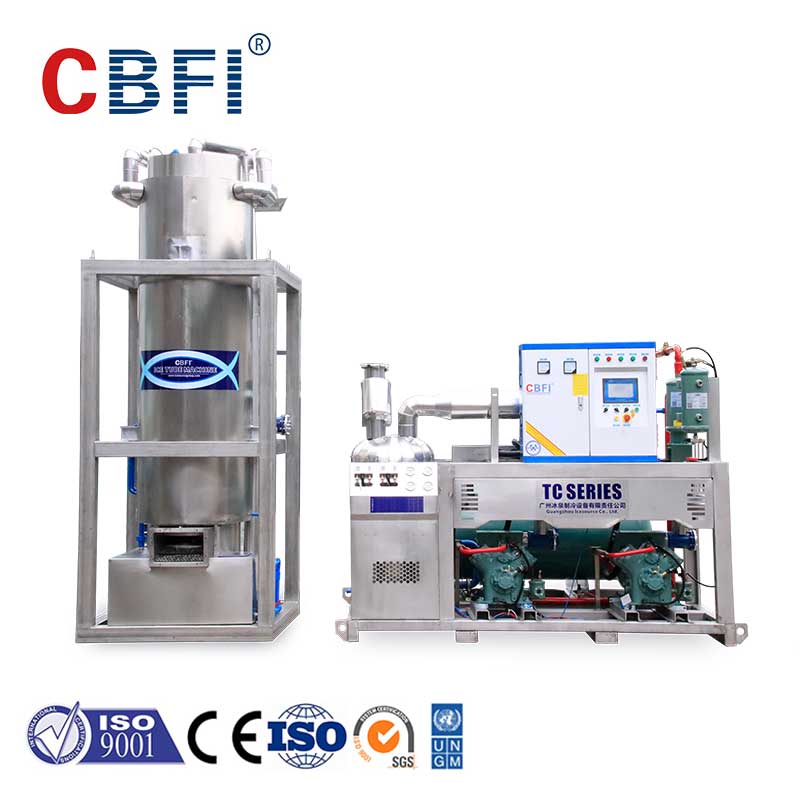 （1）. The refrigerant charge is too much, which occupies part of the volume in the condenser and increases the condensing pressure, and the liquid entering the evaporator increases accordingly. The liquid in the evaporator cannot be completely vaporized, so that the gas sucked by the compressor contains liquid droplets. In this way, the temperature of the return air duct drops, but the evaporation temperature does not change because the pressure does not drop, and the degree of superheat decreases. Even if the expansion valve is closed, there is no significant improvement.

（2）. the expansion valve port filter is blocked, the liquid supply in the evaporator is insufficient, the amount of refrigerant liquid is reduced, and a part of the evaporator is occupied by superheated steam, so the suction temperature increases. To

6. Exhaust temperature is too low

Exhaust pressure is too low. Although the phenomenon is manifested on the high pressure side, the reason is mostly on the low pressure side. The reasons are:

（1）. The expansion valve is blocked by ice or dirty, and the filter is blocked, etc., which will inevitably reduce the suction and discharge pressure; the refrigerant charge is insufficient;

（2）.the expansion valve hole is blocked, the liquid supply is reduced or even stopped, and the suction and exhaust pressures are reduced at this time.