Some customers have reported that the ice machine sometimes has operational problems because of refrigerant leakage. Let’s look at several refrigerant leak detection methods.

1. Visual inspection: When oil stains are found somewhere in the system, this may be a leakage point. There is a big defect. Unless the system suddenly breaks and the system leaks a large leak and the system leaks liquid colored media, the visual leak cannot be located because the leak is usually very small, and many parts of the refrigeration system are almost invisible.

2. bubble water or soapy water leak detection: Fill the system with 10-20kg/cM2 pressure nitrogen, and then apply soapy water to all parts of the system. The bubbling point is the leakage point. This method is the most common leak detection method for maintenance workers, but the human arm is limited, the human vision is limited, and in many cases the leak is not seen at all. 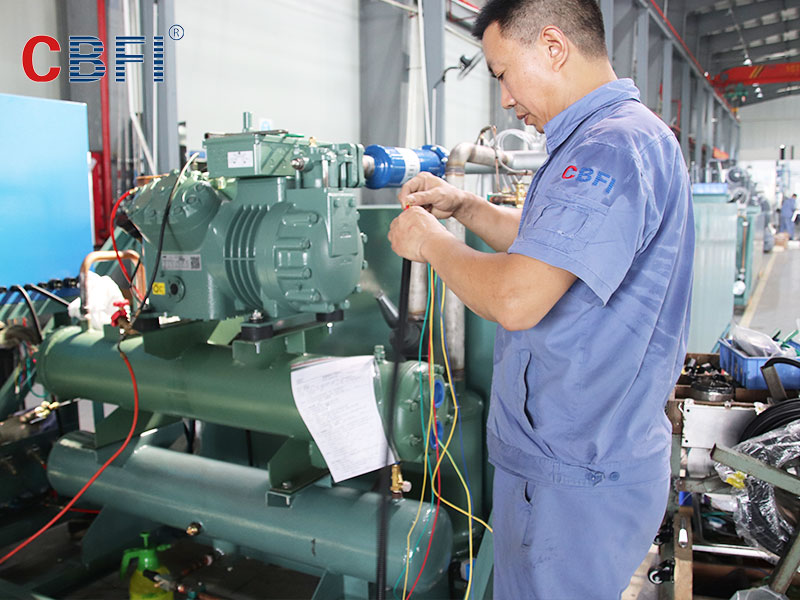 5. Gas differential pressure leak detection: Using the pressure difference between the inside and outside of the system, the pressure difference is amplified by the sensor, and the leak detection result is expressed in the form of digital or sound or electronic signals. This method can only "qualitatively" know whether the system is leaking, but cannot accurately find the leak.

6.Halogen lamp leak detection: Ignite the leak detection lamp and hold the air tube on the halogen lamp. When the nozzle is close to the leaking part of the system, the flame color changes to purple blue, which indicates that there is a large amount of leakage. In this way, open flames are generated, which is not only dangerous, but the combination of open flames and refrigerants will produce harmful gases, and it is also difficult to accurately locate leaks. So this method is hardly used by anyone now.