How the ice maker machine works

When the ice reaches the required thickness (the thickness can be arbitrarily selected by the operator/user), the hot air discharged from the compressor is re-introduced into the wall of the ice maker machine to replace the low-temperature liquid refrigerant. In this way, a thin film of water is formed between the ice and the wall of the evaporation tube. This water film will act as a lubrication when the ice falls freely into the groove below by gravity. The water produced during the ice picking cycle will return to the water storage tank through the porous tank, which also prevents the wet ice from being discharged by the machine.

1. The chilled water pump in the water storage tank continuously circulates through the plate or compartment evaporator;

2. After the compressor operates, it undergoes suction-compression-exhaust-condensation (liquefaction)-throttling-and then evaporates at a low temperature of -10 to -18 degrees in the evaporator to absorb heat and vaporize. Chilled water continuously condenses into an ice layer on the surface of the lower temperature evaporator at a water temperature of 0 degrees. When the ice layer has condensed to a certain thickness, after the evaporation temperature of the refrigerant reaches the temperature-controlled setting temperature, the defrost solenoid valve is turned on, and the deicing is usually performed in the form of a heat pump, and then the next cycle is realized. 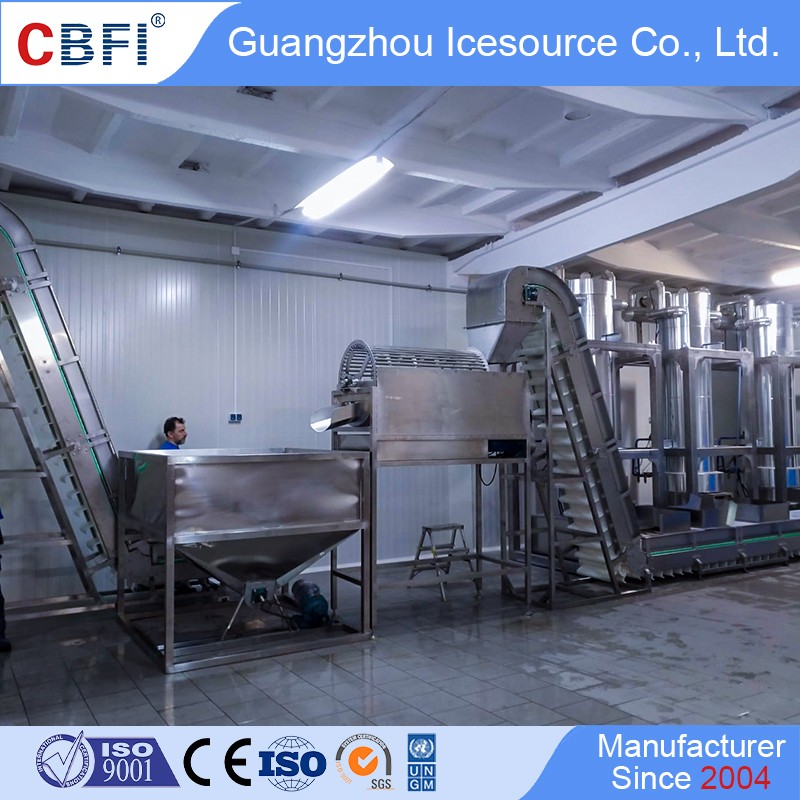