The effect of evaporator sheet spacing and frosting

The effect of evaporator sheet spacing and frosting

Our common commercial ice machine air coolers have fin pitches of 4mm, 4.5mm, 6~8mm, 10mm, 12mm, as well as front and back variable blade pitches. The fin spacing is small, suitable for high temperature environments; the lower the cold storage temperature, the greater the fin spacing required. If the selection is unreasonable, the fins will quickly frost, which will quickly block the air passage, and it will be difficult for the cold storage to cool down, and the efficiency of the compressor will not be used, which will increase the power consumption of the refrigeration system. According to engineering experience, generally 0℃~20℃ environment, such as workshop air-conditioning, cool storage, cold storage hall, fresh-keeping storage, air conditioning storage, ripening storage, etc., choose air coolers with a spacing of 4mm or 4.5mm; ~-25℃ environment, such as low-temperature freezing and cold storage, low-temperature logistics warehouse, choose air coolers with a sheet spacing of 6mm~8mm; for quick freezing warehouses at -25℃~-35℃, generally choose air coolers with sheet spacing of 10mm and 12mm. If the humidity of the quick-frozen cargo is high, a variable fin pitch air cooler will be selected, and the fin pitch on the inlet side can reach 16mm. 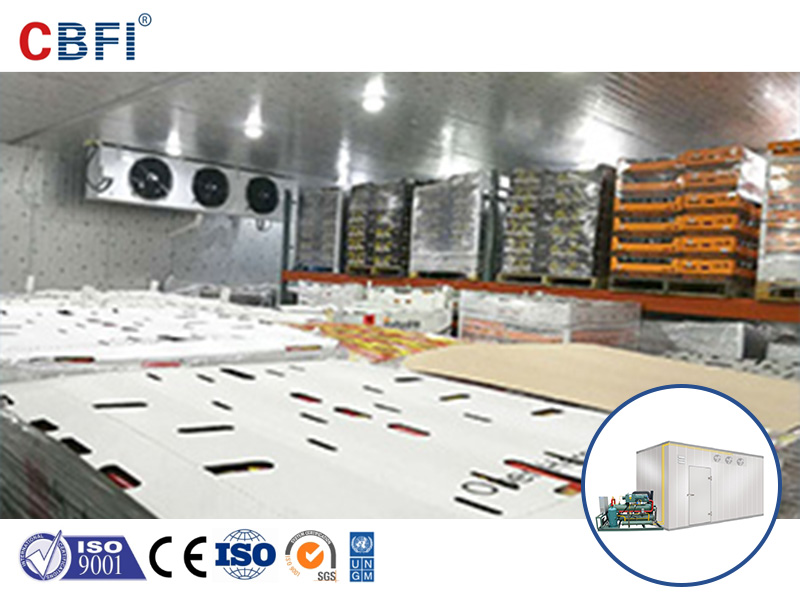 However, there are some occasions where the air cooler fin spacing cannot be selected solely based on temperature, such as rapid pre-cooling of meat and vegetables, and acid discharge. Although the temperature of the cold room is generally set above 0°C, because the incoming temperature is high and the temperature is lowered With high speed and high humidity, if you choose a cooler with a sheet spacing of 4mm or 4.5mm, it is not suitable. You must use a cooler with a sheet spacing of 8mm or even 10mm. There are also cold storages similar to the storage of garlic, apples and other fruits and vegetables. The suitable storage temperature is generally -2°C. For this kind of fresh-keeping or air-conditioned storage with a storage temperature below 0°C, air coolers with a spacing of not less than 8mm are also required. , In order to avoid the rapid frosting and block the air duct and increase the power consumption. The influence of frost on the refrigeration system: 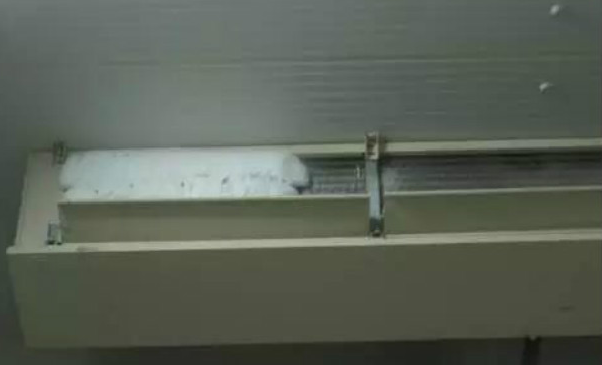 The surface temperature of the evaporator during the normal operation of the cold storage refrigeration system is much lower than the dew point temperature of the air, and the moisture in the air will precipitate and condense on the pipe wall. If the pipe wall temperature is lower than 0°, water dew will condense into frost. Frosting is also the result of the normal operation of the refrigeration system, so a small amount of frosting is allowed on the surface of the evaporator.   Because the thermal conductivity of frost is too small, it is one hundredth or even several hundredths of metal, so the frost layer forms a larger thermal resistance. Especially when the frost layer is thick, it is like heat preservation, so that the cold in the evaporator is not easily dissipated, which affects the refrigeration effect of the evaporator, and ultimately makes the cold storage unable to reach the required temperature. At the same time, the evaporation of the refrigerant in the evaporator of the commercial ice machine should also be weakened. The incompletely evaporated refrigerant may be sucked by the compressor and cause a liquid shock accident. Therefore, we must try to remove the frost layer, otherwise the frost layer will become thicker and the cooling effect will become worse and worse.