Let’s learn about the normal signs and troubleshooting of the cold storage today.

[Fault analysis] After the refrigerant leaks in the system, the cooling capacity is insufficient, the suction and exhaust pressures are low, and the intermittent "squeak" airflow sound much larger than usual can be heard at the expansion valve. The evaporator is free of frost or a small amount of floating frost. If the expansion valve hole is enlarged, the suction pressure will not change much. After shutdown, the equilibrium pressure in the system is generally lower than the saturation pressure corresponding to the same ambient temperature.

2. Too much refrigerant is charged after maintenance

[Fault analysis] The amount of refrigerant charged in the refrigeration system after repair exceeds the capacity of the system, and the refrigerant will occupy a certain volume of the condenser, reduce the heat dissipation area, and reduce the cooling efficiency, and the suction and discharge pressures are generally high. At the normal pressure value, the evaporator is not frosted, and the temperature in the warehouse is slowed down.

[Exclusion method] According to the operating procedure, the excess refrigerant must be discharged at the high-pressure shut-off valve after a few minutes of shutdown, and the residual air in the system can also be discharged at this time.

3. There is air in the refrigeration system

[Fault analysis] Air in the refrigeration system will reduce the refrigeration efficiency. The prominent phenomenon is that the suction and discharge pressure increase (but the discharge pressure has not exceeded the rated value), and the temperature from the compressor outlet to the condenser inlet increases significantly. Due to the air in the system, the exhaust pressure and exhaust temperature both increase.

[Exclusion method] You can release air from the high-pressure shut-off valve several times in a few minutes after the shutdown, and you can also fill some refrigerant appropriately according to the actual situation. 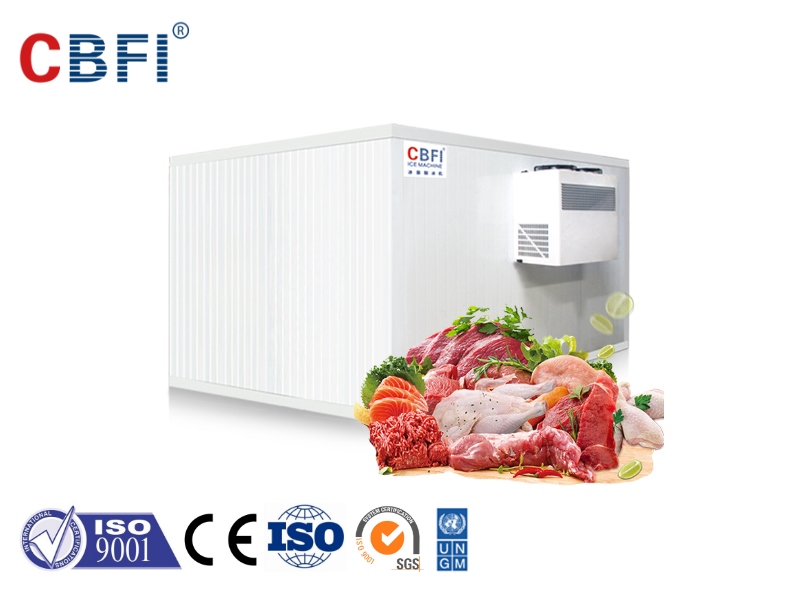 [Fault analysis] The low efficiency of the refrigeration compressor refers to the decrease in the actual displacement under the condition that the operating conditions remain unchanged, resulting in a corresponding decrease in the refrigeration capacity. This phenomenon mostly occurs on compressors that have been used for a long time. The wear is large, the matching gap of each part is large, and the sealing performance of the valve is reduced, which causes the actual displacement to decrease.

⑴ Check whether the cylinder head paper gasket is broken down and cause leakage, if any, replace it.

⑵ Check whether the high and low pressure exhaust valves are not tightly closed, and replace them if they are.

⑶ Check the matching clearance between the piston and the cylinder. If the clearance is too large, replace it.

5. The frost on the surface of the evaporator is too thick

[Fault analysis] The cold storage evaporator used for a long time should be defrosted regularly. If it does not defrost, the frost layer on the evaporator pipe will become thicker and thicker. When the entire pipe is wrapped in a transparent ice layer, it will seriously affect heat transfer. As a result, the temperature in the warehouse does not fall within the required range.

[Exclusion method] Stop defrosting, open the warehouse door to allow air to circulate, or use a fan to accelerate the circulation to reduce the defrosting time.

6. There is refrigerating oil in the evaporator pipeline

7. The refrigeration system is not unblocked

[Fault analysis] As the refrigeration system is not cleaned, after a certain period of use, the dirt gradually accumulates in the filter, and part of the mesh is blocked, which reduces the refrigerant flow rate and affects the cooling effect. In the system, the expansion valve and the filter at the suction port of the compressor are also slightly blocked.

[Exclusion method] The micro-blocking parts can be removed, cleaned, dried, and then reinstalled.

[Fault analysis] The desiccant has been used for a long time and becomes a paste to seal the filter, or dirt gradually accumulates in the filter and causes blockage.

[Exclusion method] Remove the filter, clean, dry, replace with a new desiccant, and install it into the system.

9. The refrigerant leaks in the temperature sensing bulb of the expansion valve

[Fault analysis] After the temperature sensing agent in the expansion valve temperature sensor leaks, the two forces below the diaphragm push the diaphragm upward, and the valve hole is closed, and the refrigerant in the system cannot pass through, resulting in no cooling, and the expansion valve does not freeze Frost, the low pressure presents a vacuum, and no airflow sound can be heard in the evaporator.