At present, there are relatively few domestic manufacturers of industrial ice machines.

Most of the products with small ice-making capacity in commercial ice makers are sold as factory-made molded products, which can be used after being connected to a power source. The ice maker with large capacity is generally a split type, and there are some similar to the industrial ice maker. Therefore, small and medium-sized commercial ice machines are more competitive in the domestic market. They account for a large share in supermarket chains, retail industries, food processing, hotel groups, civil aviation systems, KFC and McDonald's international catering groups.

Because the traditional way of life of our country is different from that of western countries, domestic ice makers have not yet formed a large-scale market in our households. China's domestic ice maker manufacturers are mainly aimed at foreign markets. 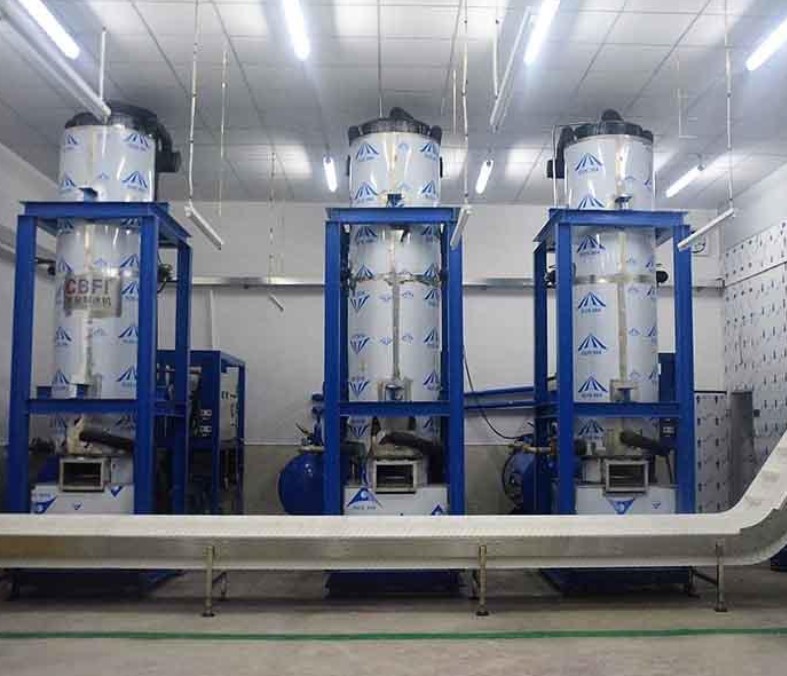 However, commercial ice machines have a single application area.

In order to reduce various costs, lots of customers are more inclined to  industrial ice machines.

Let's take a look at the industrial ice machine that is more popular in the market recently---the direct cooling block ice machine, which not only makes ice faster, but also is clean and hygienic, which can be applied to industry as well as commercial applications. The ice cubes produced by it have a wide range of applications, and can be used wherever ice blocks are needed. Of course, it is no exception for food preservation, such as the storage of fresh fruits and vegetables.

In addition,the merchants of industrial ice making machine will use ice cutters to cut it into cube ice, rock ice, ball ice and other ice cubes to apply to cold drinks and alcoholic beverages.