Identify the fault based on the ice machine indicator

1. The power indicator of the ice machine keeps flashing fast. The machine does not work: the cause of the failure: the probe for detecting the water temperature is broken. Ice machine maintenance method: open the rear cover, open the electrical control box cover above the compressor, find a three-core connector, check if there is any falling off or poor contact, and re-plug it.

2. The three ice-type lamps of the ice-making machine are blinking cyclically, and the machine is not working: the cause of the failure: the machine-making market is not normal for eating and removing ice on time in the battery technology; maintenance method: restart 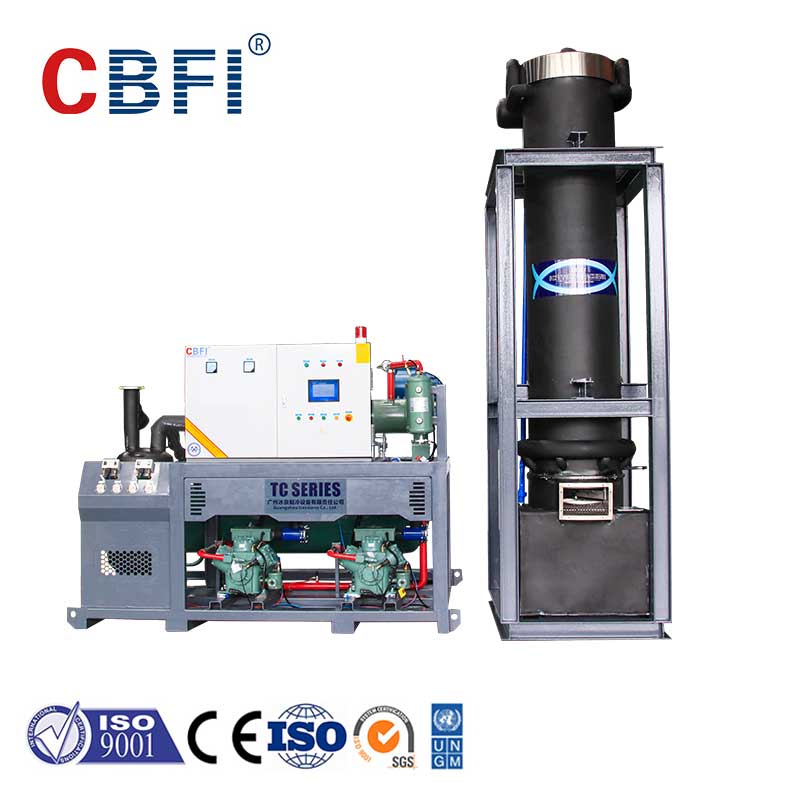 In addition, let's understand some other common fault phenomena as follows:

Ice maker failure phenomenon 1: The compressor works but does not cool.

Maintenance method: make up the leak after leak detection, add refrigerant or replace the solenoid valve

Causes of ice machine failure: Water temperature probe failure, so that the intelligent control system can not effectively sense the water temperature and work, misjudge the program error, or controller failure.

Phenomenon 3: The ice maker machine enters the de-icing procedure (the water pump stops working, the compressor stops cooling) and the ice cubes do not fall off.

Cause: The two-way solenoid valve is damaged.

Phenomenon 4. The compressor of the ice machine is working but the water pump has not been working (no running water)

Cause: The pump is damaged or the internal survival manual of the pump is clogged with Lexton.