Causes of Liquid Hammer and Compressor Overheating in Chiller Compressor

Causes of Liquid Hammer and Compressor Overheating in Chiller Compressor

Low-temperature chillers generally use imported scroll compressors. Therefore, many customers also call them scroll chillers. During the operation of the chiller, various problems will often cause the compressor to burn out and liquid strike. 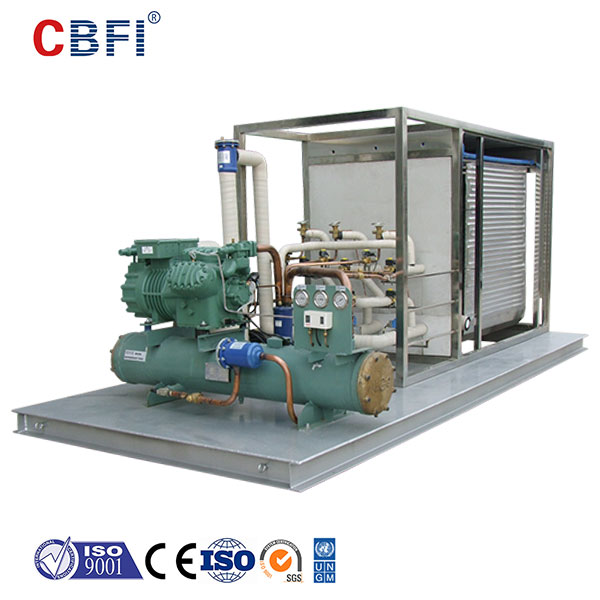 So, how do we solve the problem of liquid strike or liquid return?

1. The piping design should prevent liquid refrigerant from entering the compressor when starting up, especially in refrigeration systems with a relatively large charge. Adding a gas-liquid separator at the compressor suction port is an effective way to solve this problem, especially in heat pump units that use reverse cycle hot gas defrosting.

2. Before starting the machine, preheating the oil chamber of the chiller compressor for a long time can effectively avoid a large amount of refrigerant from accumulating in the lubricating oil. It also has a certain effect on preventing liquid shock.

3. Water system flow protection is indispensable, so that when the water flow is not enough, it can protect the compressor. If the famous unit has liquid back phenomenon or freezes the evaporator in severe cases.

What is the reason for the overheating of the compressor of the chiller equipment? We analyze it from three aspects:

First, the compressor is overloaded and runs over current. The possible factors are: the cooling water temperature is too high, the refrigerant is overcharged, or there is non-condensed gas such as air in the refrigeration system, which causes the compressor to have a heavy load, which manifests as an overcurrent and is accompanied by high pressure.

Third, the overheating maintenance module SSM of the low-temperature refrigerator is damp or damaged, the central relay is damaged, and the contacts are bad. The performance is overheating when starting up, and the compressor cannot be started. If the unit electronic board is faulty or communication fault, it may also falsely report the overheat fault.