8 issues considering when replacing R22 with R404a in cold storage

8 issues considering when replacing R22 with R404a in cold storage

The most widely used refrigerant in China's refrigeration industry is R22, but R22 destroys the ozone layer and has a higher greenhouse effect. According to relevant international agreements, my country has determined that its use will be eliminated before 2030. Therefore, more and more refrigeration and refrigeration equipment are using R22 as a substitute for R404a. Although R404A and R22 have similar refrigeration performance, there are still many differences between the two in actual use.

R404a replaces R22 in cold storage , the following issues need to be considered:

1. The biggest problem of using R404A to replace R22 is the problem of lubricating oil. PVE ester oil must be used to replace the mineral lubricating oil for R22. Ester lubricating oil has high affinity with water and poor dehydration, so it should avoid contact with outside air as much as possible during use. After opening the container, use it as soon as possible. After use, it must be sealed and stored; stay away from oxidants, strong alkalis, and strong acids. Store in a well-ventilated place; avoid contact with skin and eyes, and avoid inhalation of vapor and spray. 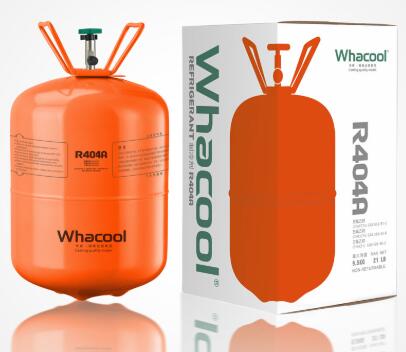 5. For the same compressor, the current of R404A is greater than R22, so the diameter of the AC contactor, thermal relay and cable of the compressor should be adjusted. In terms of system protection, the setting value of the high-pressure pressure switch is adjusted from the original 2.45MPa to 2.7MPa.

6. Since the saturation pressure of 404A is different from R22, the air tightness test pressure should be greater than R22. At the same time, the vacuum of the system is higher than R22, and the water content is lower than R22. When the refrigerant is charged, it should be charged in a liquid form to prevent the R404A configuration from changing.

7. R404A is a non-azeotropic mixture working fluid. The component concentration of the non-azeotropic mixture changes with temperature and pressure. This brings certain difficulties to the production, debugging and maintenance of the refrigeration system, and also affects the heat transfer performance of the system. In particular, when the refrigerant leaks, the system refrigerant needs to be completely emptied and replaced, so as to ensure the proportion of each mixed component and achieve the designed refrigeration effect, otherwise it will get worse.

8. Because R404A refrigerant and lubricating oil itself have good compatibility with water, the requirements of the system for moisture, residues, and cleanliness are improved compared with R22 refrigerant. R404A system moisture control and impurity control It is a relatively important indicator, and the corresponding filtering device in the system needs to be changed. 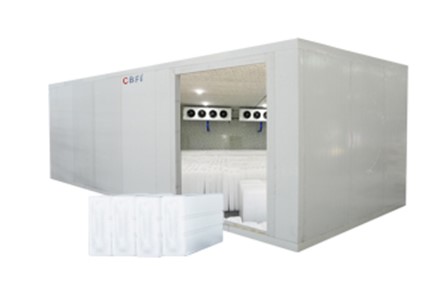